Four. Four times. Four times I’ve started this book, and for the first time since I “won” my first National Novel Writing Month in 2012, I “won” this year.

I pat myself on the back. I am so proud.

And it’s not that I’m proud that I finished the 50,000 words of the NaNoWriMo challenge. It’s that I finally got a great start on this novel.

That’s what I’m most proud of.

I started writing the third book of The Divorce Trilogy back after I published the first book in 2013. That was the first year I tried to write this book. I made it to almost 33,000 words.

I didn’t get started until a few days in, but I still did a pretty good job of getting that many words. I pushed myself a little bit at the end of the month to finish, but the words wouldn’t come.

By the end of November, I left one job for another better paying one so writing didn’t happen. Or not enough to get me caught up.

In 2014, I made it to almost 19,000 words, just a little over one-third of the way. I liked the fact that I had a great hook for the readers, but the plot still wasn’t working for me.

That year wasn’t the greatest year for me as it was. I was struggling with some personal issues so I’m surprised I even got that many words. But, at least, it was a start.

My heart wasn’t into it, or as much into it as I would have liked. I had sunk into a depression. Ms. D was kicking my butt, and writing was the farthest thing from my mind.

All I wanted to do was keep my head above water financially, and that was my biggest struggle among other things.

I put the novel aside while I worked on other things and tried again in 2015. Once again, I tried NaNoWriMo, but I didn’t even make it past 6,000 words that year.

I was working two part-time jobs — ten hours a day. By the time I got home, fixed supper, and did the necessary things, I was too exhausted to even think about writing.

The best part about this version? I ended up revamping it to help me get started for this last time. It’s the beginning for my current version.

Do you see why I’m so proud of myself? This year I spent a little time outlining the book before NaNo started.

I didn’t feel very confident with the outline, but I know sometimes the ideas will come as I write. Having a rough outline gives me the guidance I need.

And the ideas flowed.

What I had outlined has now changed to something else. With those 50,000 words, I’ve made it two-thirds of the way through the book. I still need to finish writing it, but after hammering out 3,000-4,000 words some days to catch up, I needed a short break.

I’m excited about the story and what has developed with it. I haven’t felt like this about my previous two novels. I can’t wait to see where it goes and how it ends.

Other authors, who are making a good income from their books, say it takes at least five novels before an author’s name gets out there. This will be novel number three for me, and I sure hope things start turning around for me.

I’ve got more ideas for children’s and middle grade books that I can’t wait to start.

However, for now I will focus on this novel and the three nonfiction books in various stages.

If you participated in NaNoWriMo, how did you do? Did you hit your goal?

This site uses Akismet to reduce spam. Learn how your comment data is processed. 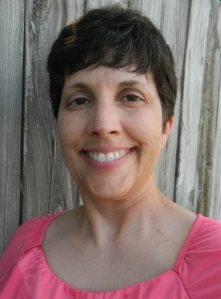 Want to read past posts?