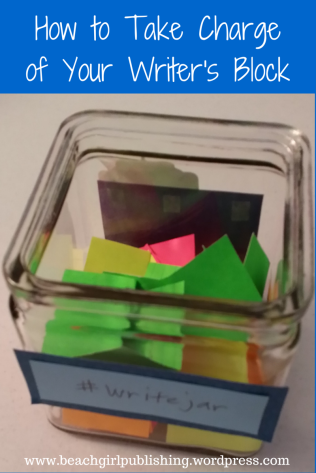 Back in April I published my second fiction novel. I had published the first one in June 2013 so I wasn’t too upset with myself for the length of time between novels.

Writer’s block has gotten me, though. No matter how hard I try to motivate myself to do some writing I can’t get going.

However, I see other authors publish a book every two or three months. I have even seen one author publish one or two books in a month. How in the heck does she do that?

Of course, many of us aren’t making much money from our books. We have to work at least a part-time, if not a full-time, job. In my case, I work two part-time jobs plus I am a freelance writer and an independent Thirty-One consultant.

The busyness is probable causing the writer’s block. I am so caught up in all I have to do I can’t even think to write. I am not sure, though.

I am committed to writing a blog post each week. I am trying to do National Novel Writing Month. But I am behind three days if I write something today.

So what did I do to get motivated for my blog posts and NaNo?

About a month ago, I found a group on Facebook called 10 Minute Novelists through a friend. I just happened to see a comment she made to the group in my news feed and thought I would check it out.

I’m so glad I did. They have been a huge motivator to me. The others are so positive and supportive of each other. They ask questions, which I have, at times, been able to answer.

Many of us are doing NaNo so cheer each other on, especially those who are struggling to write or suffering from writer’s block. For instance, yesterday we had a sprint. I tried to participate, but I had too much going on.

I have learned so much and gained ideas from this group. The coolest thing is the write jar.

The idea behind the jar is motivation. Another idea is to help those who struggle with writer’s block.

Everyone is doing their jar differently, but we all shared our ideas. Each person could pick one of them or do something on their own.

I am doing my own thing, but it’s two ideas combined. One gal is putting actually money in her jar for various writing things she does.

My budget is very tight right now so not much extra cash floating around. I decided to use bright colored index cards. I cut them into fourths.

Each time I write a blog post I give myself one dollar. I write down the amount on a fourth of a neon yellow index card.

You can use any kind of a jar you want. I started out using a Ball jar, but my decorations wouldn’t stick.

So I found the one you see above at Goodwill on one of their half price days. Fifty cents for a jar isn’t too bad in exchange for a kick in the backside to get you going.

The Internet has many ideas to help you get out of a writer’s block. I have used some of those ideas, but the write jar has been the most helpful so far.

I am not sure what I will do to actually pay myself yet. Maybe I will win that lottery I never play. Or maybe I will inherit some money that I don’t know about.

Who knows. For now it’s motivating me to write more. And that’s all that matters.

What do you do to get out of a writer’s block?

This site uses Akismet to reduce spam. Learn how your comment data is processed.

Want to read past posts?